My day at the Venue and PA Expo 2017 in Edinburgh 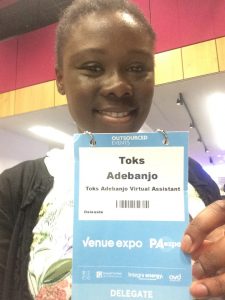 Last week on the 12th April I attended the Venue and PA Expo at the EICC in Edinburgh. I have previously been to this same event in Liverpool last year at the start of my business, and found it to be a very useful event then. So when I heard that it would be a lot closer to home this time, I was of course going to be there. One of the things that appealed to me is that it’s free to attend, which is ideal when you are quite new in your business.

The event is advertised as two different exhibition shows – the Venue Expo for the MICE industry (meetings, incentives, conferences and exhibitions) and the PA Expo for the personal assistant and administrative industry. The Liverpool event was bigger and had an equal amount of stalls and seminars catering to each expo. Edinburgh’s event however seemed to be a lot more catered to the venue side, with some general business stuff on the side, but very little about the PA industry. This was a little disappointing for me being a VA – in fact, nothing catered specifically to VAs here like the Liverpool event did. However, I still found it overall worth my while to visit and came out with some useful experiences and plenty of freebies! 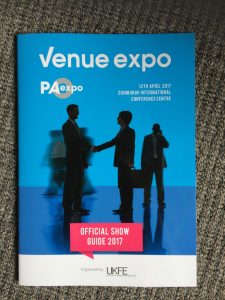 A number of networking sessions were held by various established groups from around the UK. The first I attended was Business is – WINE, which was an amalgamation of two different business networking groups for women in Scotland. It involved general mingling as well as a talk from author Evelyn Doyle, the namesake of a film starring Pierce Brosnan.

I then went to a “netwinar” (networking and seminar) held by Colin McKeand, Scotland’s Mister Networking. He was his usual energetic self and led us through a different approach to networking.

The final networking session I attended was a ConnectED session run by Claire Watson and Andy Johnston. This was an interesting mix of general networking, talks and a quirky exercise involving trying to give out your business cards without talking!

There were a number of speakers talking to seated audiences about a range of topics. These were all the ones I watched and thought were interesting:

And to finish off the blog post, here are a few photos of freebies I collected from various stalls, consisting of flyers, pens, notepads, sweets, and even a portable mug courtesy of GTG. Hopefully see you at the next event! 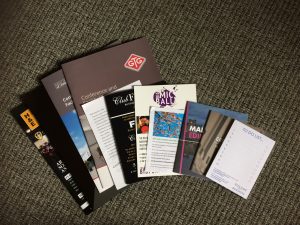 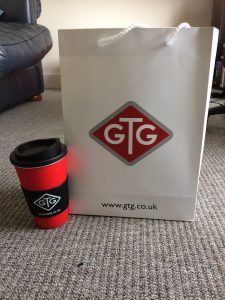 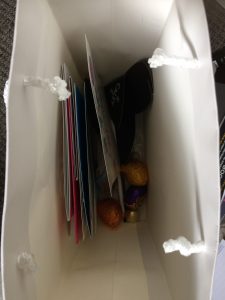